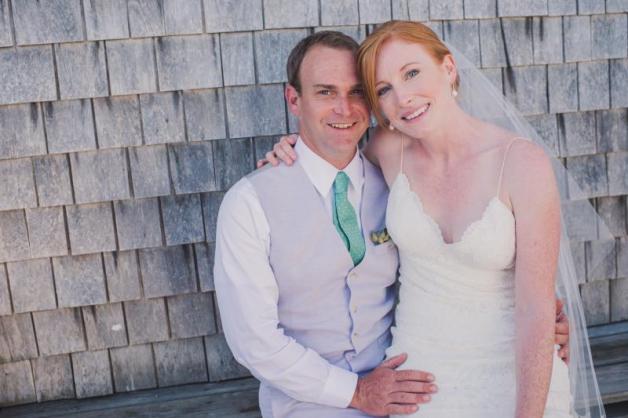 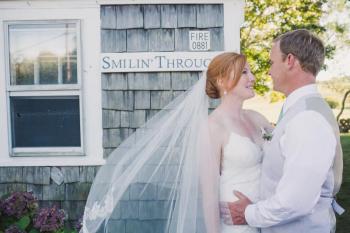 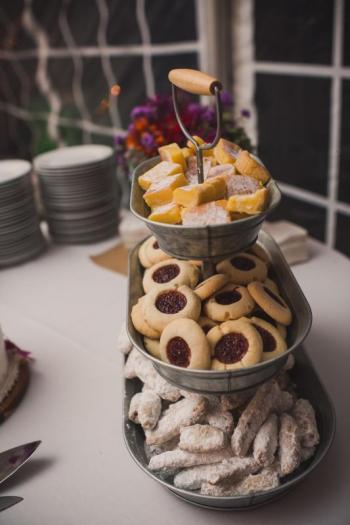 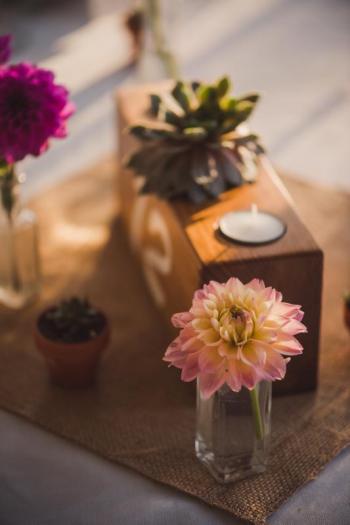 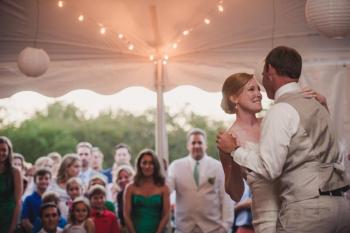 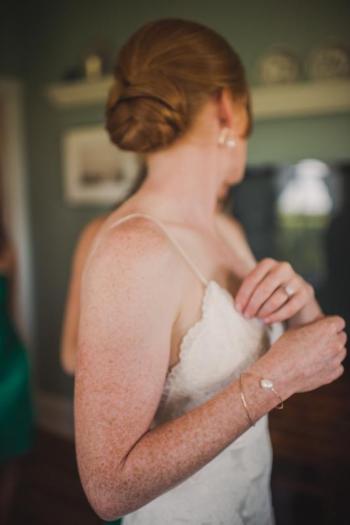 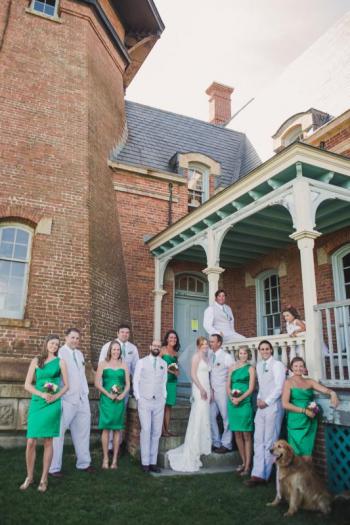 Before the Ring & Proposal
While working at the same firm in Boston, Bridgette and Evan started out with small conversation around the coffee carafes and it took off from there. After a couple of years, Evan transferred to Denver while Bridgette was finishing prerequisites for nursing school - resulting in a long distance relationship for about a year-and-a-half before before Bridgette moved to Denver for nursing school. In the summer of 2014, the pair drove 30 hours straight from Colorado to BIock Island. Their first bit of exercise after arriving was walking Clayhead, the first Greenway trail Bridgette took Evan on during his first trip to the island. Evan kept trying to persuade Bridgette to take a trail to the beach, which she was greatly resisting. Finally, he sent their dog bounding down the trail, and she had no choice but to follow. Down on the rocks, with the bluffs in the background and water in front of them, Evan pulled the ring out of his pocket and proposed.

The Day & Design
The wedding ceremony was held at Smilin’ Through — a favorite island spot of Bridgette’s — under an arbor of wood that was hand-made by Bridgett’s father. All of the details were very personal, including the reading of a poem by Bridgette’s brother that their grandmother wrote in the 1940’s called “Life” which celebrates the great gifts that love and friendship bring to life, and the officiant himself, who is a life-long friend of the family. The reception was held just down the road under a tent in the yard at the Closter home. The centerpieces and candle holders on the tables were handmade from recycled Colorado cedar and pine and most of the bottles that held the flowers were old apothecary bottles or antiques found in local shops and online. The card box was an old, wooden Narragansett Lager box the couple bought on eBay and they hoisted the mast on Bridgette’s grandparent’s old dory and used the boat as a gift drop. At cocktail hour, the DJ played bluegrass music rather than traditional cocktail hour music, and there were plenty of lawn games and a photo guestbook for which guests could take an instant photo, paste it in the book and sign their well wishes. It wouldn’t be a Block Island wedding without an oar, hand-painted by a family friend to resemble their invitations, for everyone to sign. And, instead of having cake or cupcakes, Bridgette and Evan had a cookie bar for dessert, with milk.

The Wedding Weekend
Thursday night, a bonfire was held for family and the wedding party. The groomsmen chartered a fishing trip the next day with Chris Willi of Block Island Fishworks. This was a great morning activity and the pre-wedding lunch was fresh fish tacos from their haul. The rehearsal dinner was at the Upstairs Room at Payne’s Dock— perfect for thirty people. They even made clam chowder shooters and tiny stuffies— giving out-of-town guests a real taste of Block Island. There was live music downstairs at Mahogany Shoals, so family and friends were invited to meet  there after the rehearsal dinner.

1. In the days leading up to the wedding, make sure you give yourself as much play time as work time. You are getting married in this beautiful place, so take advantage of it.

2. Stay local and plan early. We tried to keep most of our vendors from Block Island.

3. If you can’t keep it local and have to use an off-island vendor, try to utilize one that is familiar with Block Island weddings.