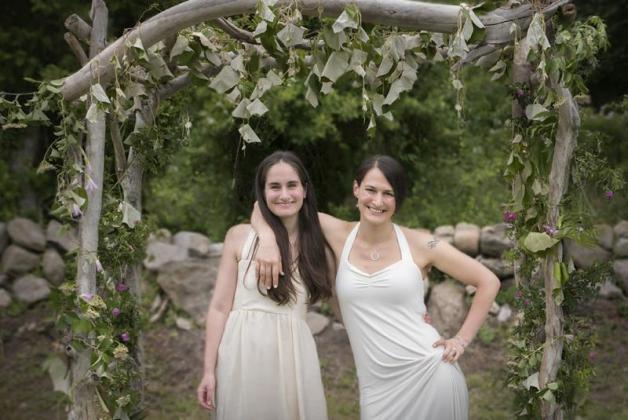 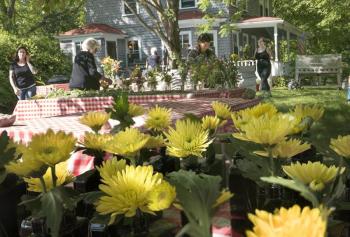 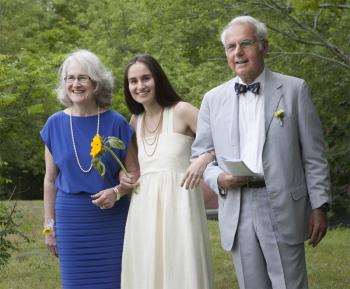 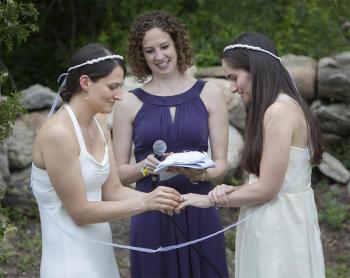 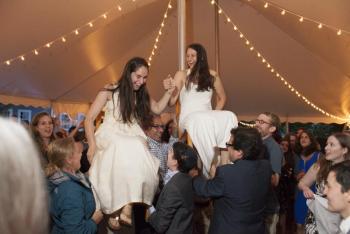 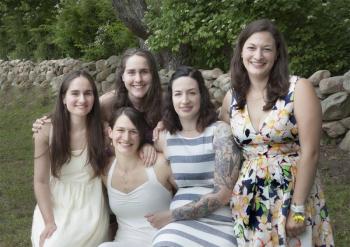 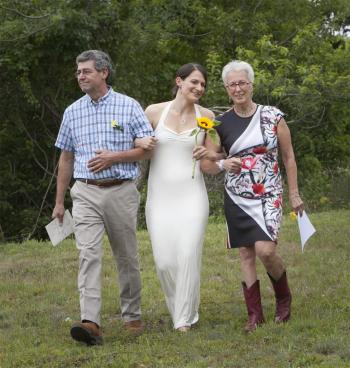 Before the Ring & Proposal

Although they were one year apart, and not good friends Rebecca and Christina met while playing rugbyat Yale University. A few years after graduating, a rugby team reunion brought them back together and they ended up planning a long road trip with a mutual friend through the Smokey Mountains, and started dating soon after. Christina asked Rebecca’s parents for permission to marry their daughter. It was a fairly quiet proposal – Christina asked at home, on the couch, after Rebecca got back from a business trip. Christina almost forgot that she had a ring hidden in the cushions of the couch.

Rebecca’s family has been coming to Block Island for years and the couple wanted to share the beauty of the island with friends and family. Rebecca and Christina were able to have both of their families together at the Anastos-Wallen house for the entire week prior, setting up, relaxing (a bit) and spending time together.

Rebecca and Christina’s family and friends played a big role in their ceremony. A former roommate officiated, Rebecca’s mother and Christina’s father performed part of the Greek marriage ceremony, Rebecca’s father and the couple’s sisters and friends performed part of the Jewish marriage ceremony, Rebecca’s mother and Christina’s mother each gave readings, and a good friend played music. Rebecca built the arch they were married under out of driftwood from the beaches on Block Island. Christina crafted both of their dresses by hand. The ceremony included their own adaptations of traditional ceremonies—but included friends and family, making it feel wholly their own. The reception was under a tent in the same field as the ceremony and included a hand-made beer bar with two beers on tap, table numbers made from old cedar shingles, and a swing that was hand decorated and hung in the field. They even dusted off the Anastos-Wallen childhood lemonade stand (Ms. Lemonade) and had friends hand out drinks from it to guests as they arrived. Mason jar glasses were labled with table numbers for guest seating and they also provided guests with sunscreen and bugspray, as well as “dancing shoes” (flip flops). The couple put a lot of effort into little DIY touches, making the day exactly as they wanted it. Just one day before the wedding, The Supreme Court decision on marriage equality happened — making the celebration even more special for Rebecca, Christina and their guests.

Multiple events — a pre-wedding barbecue and a post-wedding brunch — were planned since family and wedding guests were on the island all weekend — giving Rebecca and Christina a chance to see and talk to everyone in a more casual setting.

Top 3 pieces of advice:
1.    Don’t worry about the weather – your day will be perfect no matter what happens.
2.    Island pace can be slower than city pace so don’t stress out if things don’t move at warp speed.
3.    Spread out several events over a few days – many of our guests came Friday and left Sunday.