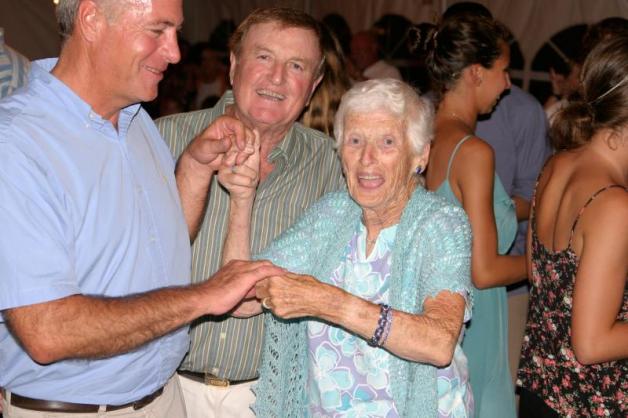 The bare, windswept shores of the island appear in sharp relief against the iron-grey sea. Block Island is stunning, even in the depths of winter’s grasp: an unspoiled haven of natural beauty. On such a day, it might appear bereft of human habitation. Yet Block Island in winter is not simply the beautiful shell of a tourist destination devoid of visitors—it is populated by a small community of people who have chosen a lifestyle of independence and isolation. They live here year-round, in good weather and bad.

Approximately 1,000 people populate Block Island year-round (the tally for 2014 was 931). On an early winter morning, one might venture out for a walk on the beach and not encounter another soul. Yet winter on the island is not all quiet and solitude. Just as Block Island is characterized by a persistent sense of place, so too it has a deep sense of solidarity within its tiny community. This sense of community is extremely important to islanders, perhaps even more so than in other small towns, for Block Island is defined by its physical detachment from the mainland.

And sometimes, when the tempestuous winter storms envelop the island in howling winds and stinging salt spray, the ferries do not run and the planes do not fly. Island life is not for the faint-hearted; in order to survive the off-season, islanders must be able to cope with isolation and solitude. As Karen Le Roy explains, “By the nature of being on an island… you have to be pretty much self-reliant and independent and resourceful. So, right away, you have a community of people with similar skills and appreciation for what is here.”

As a sampling of year-round residents indicated, islanders value community just as much as the island’s natural beauty. Says Mary Donnelly, “I think it’s the best place because I found out whatever you do for anyone, you get back double…they depend on me as I depend on them. They’re great friends—if you’re in trouble, you better be on BI because they’ll do whatever they can to help you.”

Though she recently retired, Mary continues to work as the sole coordinator of the Mary D Fund, a charitable organization that serves year-round islanders. A fixture on Block Island, Mary Donnelly is the ultimate example of an islander who is wholly committed to the idea of giving back. Both as island nurse and coordinator of the Mary D Fund, she is beloved by the island people for her dedication and compassion. Her daughter, Marguerite Donnelly, also lives on Block Island and she, too, cites a pervasive sense of community as one of Block Island’s greatest strengths. In her words: “I like the involvement with the community, that every day…even if you venture out on foot…you see everybody and you get a chance to really have a personal connection with your community on a daily basis.”

For second-grade teacher Barbie Michel, Block Island’s sense of place may be attributed not only to its natural beauty, but the warmth of its community as well. She explains the decision she and her husband made to live on the island year-round: “We just had such a strong sense of ourselves within this community. The friendships that we had made … really gelled with the kind of people we were. We met the same kind of people… so we decided to stay.”

For many, the island’s spirit is defined just as much by its human inhabitants as its environmental riches and proximity to the sea. Resident Claire Costello says matter-of-factly, “I think the sense of community is really what draws me here more than anything. I think I’d actually have to put that above the physical beauty, which is a lot because the physical beauty is obviously outstanding.”

For island children, it is not unusual to be one of six students in a grade. It is not unusual to know nearly everyone at school — teachers, staff, and students of all ages, from kindergarteners to high school seniors. Block Island kids know what a purple flag flying at the Interstate dock means: no ferries.

The summer, as they know it, is the busy season—the winter, the off-season. What is normal to them is considered different, and perhaps even peculiar, by non-islanders. Conversely, island children might well view life off-island as foreign: The island is, in some ways, a world away from the mainland.

First Warden Kim Gaffett reports that she “…really loved growing up here…because I didn’t know any different, I guess. My family was here and it was just normal.”

Mary Anderson’s twin sons are currently in fourth grade at the Block Island School, where they’ve known most of their classmates since they were 18 months old. She explains that interacting with such a small group of children on a daily basis has taught them at an early age to cooperate with their peers: an essential component of their education.

Mary also feels that growing up on Block Island has taught the twins how to be flexible and creative when things go awry, as they inevitably do when one is constantly trying to catch a ferry. She says that this lifestyle has “…made them very good packers; it’s made them very good planners. It’s all of the inconvenience of travel by boat…but our family narrative has become, ‘What do we do about inconvenience? We become problem solvers’…you become your own cheerleader of bad moments related to the boat or flying.” This upbeat attitude has become her family’s mantra: “In our family, we choose to see those difficulties as opportunities. What else can we do?”

Despite the isolation and myriad logistical challenges that they face on a regular basis, most islanders are content to settle into the supposedly slower-paced rhythm of the off-season. And, they say, island life in the winter is not dull in the slightest. Professional photographer Malcolm Greenaway remarks that, “People think it’s desolate out here in the winter…[that] you miss a social life…I don’t. I’ve always got millions of things to do. I’m never short of active things to do and I suppose I don’t miss social life with cocktail parties and entertaining...” He chuckles and explains that, “…for some people maybe it would be difficult, especially in the winter, whereas I like it...You have this whole idyllic place to yourself.”

“Life is not twenty-four/seven on B.I.,” observes Susan Bush. “You can’t decide you’re going to go get gasoline on Sunday morning in the wintertime because the gas station isn’t open then. You can’t decide at nine o’clock at night that, ‘Oh, boy, I’d love to go get some ice cream’— because it isn’t available. In those kinds of ways, you do need to adapt and change your lifestyle.”

But most islanders, including Susan, feel that the benefits of island life outweigh the challenges. That’s the crux of the matter: Most islanders don’t mind going without. They may gripe when the boats don’t run and when they are trying to plan vacations or when they want to see a movie, but they adjust.

As Karen Le Roy says, “The things it [island life] limits me in I don’t care about anyway. If I go to a mall once every five years that’s plenty…so I don’t miss the fact that there are no malls….I’ve only been to the movies once in the past thirty years...that’s probably why I like to be here—because the things that I don’t care about aren’t here anyway.”

Block Island is often referred to as one of the “last great places,” a title bestowed by virtue of its natural beauty. But just as important to the island’s future as its environment are its people, for they are the guardians of this greatest of places. In the words of Dan Cahill, who once went 18 months without leaving the island: “I haven’t taken a vacation, gone somewhere, in a long time because I feel I’m on vacation every day I’m here. This is a vacation…I don’t want to live anywhere else.”