An Island Chef Cooks for his Bride 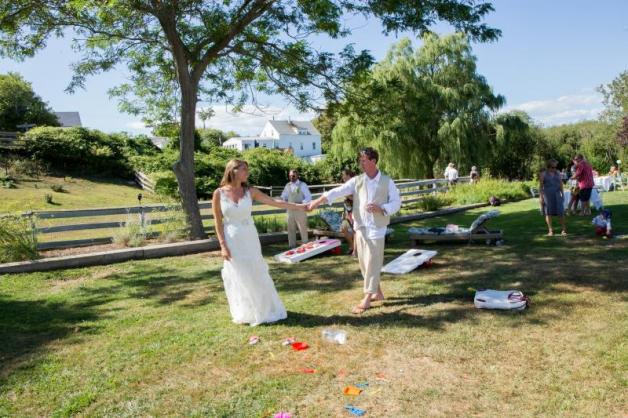 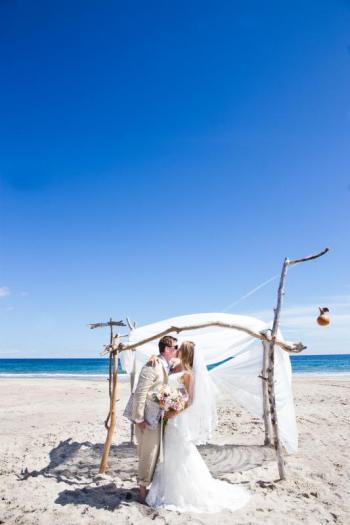 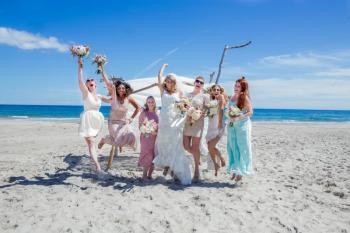 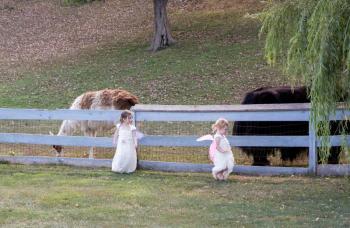 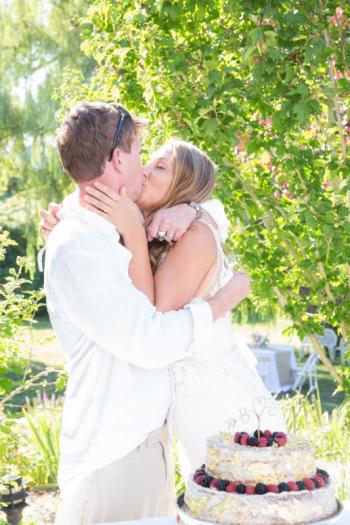 Zahavah Williams, 35, and Brian Hartman, 38, say it’s only natural that they would have a destination wedding, “because we live a destination life,” says Zahavah. The two spend summers working in the restaurant industry on Block Island, winters they head to Aspen to do the same.

It was in Colorado last winter that Zahavah found herself being whisked away from work with no idea what to expect. She was buckled into the front seat of a glider plane headed for Telluride, where she found herself looking down onto a snow-covered valley floor on which Brian had used snowshoes to write a 500-foot-across marriage proposal in the snow. When she got off the plane at the Telluride Airport, Brian was waiting on one knee holding a family heirloom diamond.

The two were married on September 7 at Scotch Beach and then they threw a party at the Manisses, where Brian has been the longtime chef. The two designed a menu together and all the food was prepared by the groom and his team on the premises. “I did ban him from entering the kitchen on that day,” says Zahavah, who herself was busy handling most of the decor, painting flower vases and wooden signs.

The couple says one of their favorite parts of the day was the after-party, a beach bonfire at sunset. “The best part,” says Zahavah, “was releasing 50 Thai prayer lanterns into the beautiful sky.  Brian insisted on having them as he has traveled to Thailand seven times.  They were a big hit.”

Their advice for other couples planning a wedding on Block Island:

Follow your intuition and make it as special as you can by partaking in as much planning as possible.

We are still talking about...

… the fact that the whole day went by so fast and we wish we had more time with each and every guest.