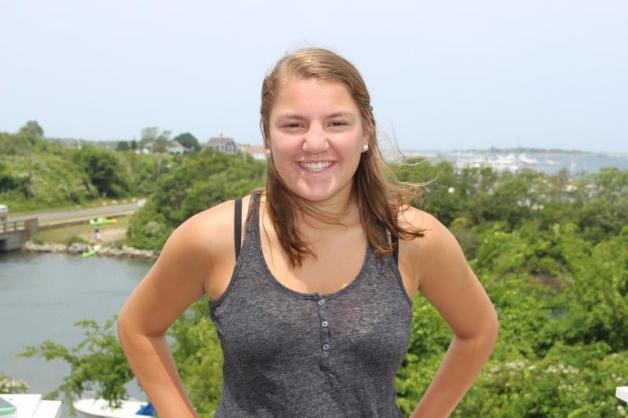 Millie Starr just graduated from the Block Island High School. In the fall, she'll be going to the University of New Hampshire to study Psychology. "I might add a minor in Education," she said, sounding excited rather than worried about her future plans.

Starr grew up on Block Island and made her way through the entire school system. She said her experience is very unique and the closer she gets to leaving, the more she appreciates it. Her family gave her the choice to go off-island for her education she but chose to stay in the Block Island school system for all twelve years.

"There's no education like it," she said. "There's so much here that I wouldn't learn [on the mainland]."

Her classmates have been like her siblings and she's worried she'll never get to know another group of people the way she knows them. She said she'd learned to appreciate the goods and the bads of them and feels completely comfortable being herself with them.

Seeing the same teachers around for her whole life has been important to her as well. "You know they really care for you and care if you succeed," Starr said.

Some of her favorite memories come from Tuesday night cookouts on the beach throughout her childhood. Families with children around her age would get together every week and get takeout food or cook over a fire. "That shows me how close together Block Island is," Starr said.

On the other hand, she said she won't miss the ferry at all.

But for the most part, Starr isn't interested in focusing on the negative of her hometown. "I'm more excited for the opportunities at college," she said. "I want to do things that really make me happy instead of things that I do just to do something or because I feel pressured into it." Because of the small size of the Block Island School, she's felt as though she doesn't quite get all of the options she would like for extracurricular activities.

Starr wants to work as a councilor for young adults with severe disorders like depression and eating disorders. She doesn't think she wants to live on Block Island as an adult but says when she decides to start a family, she wants her children to have some of the island experience that she did. Summering on the island would be perfect for her and she hopes to keep Block Island in her life forever.