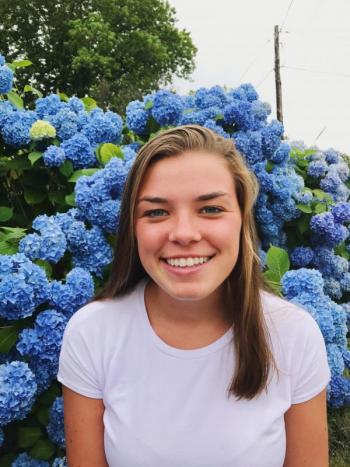 Every year since I was four years old, my parents would pack me and my three siblings into our old blue Suburban to make the drive to the Point Judith Ferry in Narragansett. We would play the old Pac-Man games they used to have on the Traditional Ferry as we made the rocky ride to Block Island. My older sisters and I would spend hours at the Great Salt Pond collecting and painting the backs of crabs with nail polish, only to search for them the next day. We would play capture the flag with our family friends in the backyard only to make our way to the Ice Cream Place for dessert when we finally tired of chasing each other through the grass. Whether we were spending nights at The Oar on the lawn, or waking up early to get Payne’s Killer Donuts with my dad, Block Island was my favorite place to vacation for the summer.
As I got older, the island I knew as a kid began to change. It was no longer a spot to vacation for a week, but where I spent the entirety of my summer. My too-short summers were filled with work at The Oar, bonfires on the beach, and late nights at the docks. My diet consisted of the Ice Cream Place’s ‘Walking Sundae,’ Rebecca’s Monster Veggie wraps, and the chocolate covered gummy bears from Blocks of Fudge. Days off were spent at the First Post at the beach, with only a small break to walk down to the Pots n’ Kettles food truck. Nights were often spent watching the sunset from my porch with take-out from Sushi Bob’s. Unspoken traditions of meeting at the Old Post Office for bagels and coffee after a night out were created, and, before I knew it, my ‘friends for the summer’ became my best friends.
There is an old saying that reads, “the place is formed by the company you share it with.” While I am lucky to have shared my memories of this island with my family and best friends, I believe this island is magnificent on its own accord—from the endless dirt roads and Greenway trails that snake their way through the island, to the endless number of perfect places to watch the sunset and sunrises. Block Island is filled with hidden paths leading to beautiful views and maybe even one of the infamous glass orbs.
Despite all the treasures Block Island holds, many people have asked me why my family chose to make this our home for the summer. Why not Nantucket, the Hamptons, Montauk or the infinite number of other places that seem to be like Block Island from an outside perspective? We chose Block Island because it is the kind of place where you feel comfortable making conversation with anyone around, because you know that they love this island just as much as you do. It is a place where you can be as you are and everyone knows your name. To me, Block Island is a place that easily and seamlessly became my home in just a matter of months.