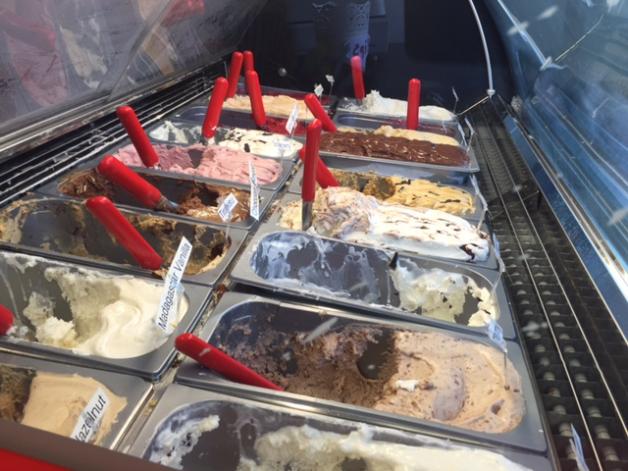 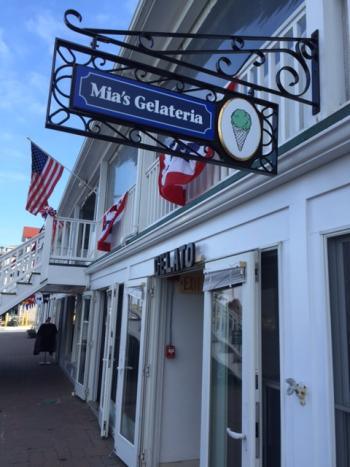 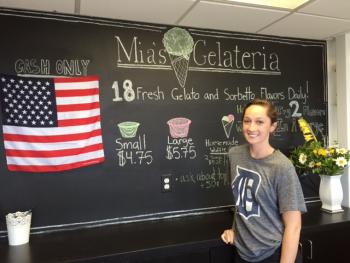 “If you like ice cream, you’ll love gelato,” the sign reads at Mia’s Gelateria on Water Street. The shop is familiar, but the name is new. Mia Doyon has taken over ownership of the shop and is proud to have her name on it.
For the past eight summers, Doyon, 19, worked in the shop when it was known as Beckett’s Gelateria. When Beckett’s owner Doug Mott decided four years ago to let go of the business, the two planned to pass on the ownership to Doyon.
As for being a young business owner, Doyon is enjoying the process. “It is new, and educational. There is a lot to learn, but it is nice to work for yourself,” said Mia. There have been challenges, like broken coolers, but a head strong, work-through-it attitude got her through the road bumps.
For young entrepreneurs, Block Island is a great place to test the waters. The small business climate supports the growth of new enterprises. “If you want to do something, do it,” offers Doyon. A few years of preparation was what she needed to be prepared to take charge, and since she has taken over the business has kept up with performance the of years prior.
Doyon learned the gelato world as an employee at Beckett’s and the tradition of high quality continues. Just as before, the gelato arrives weekly from Cold Fusions in Newport, RI where it is made in small batches of mouth-watering flavors.
For those who have not tried gelato, Doyon assures there is nothing not to like. It is the Italian version of ice cream with the major difference being that it is made with milk instead of cream like in ice cream. When it is prepared, less air is introduced to the mixture so the product is richer in each bite. The dense dessert is available 18 flavors.
The most popular flavors include Salted Carmel Chunk, Coconut Almond Crunch, and Sea Salt Chocolate. Mix and match flavor combinations or go for a scoop in a freshly prepared waffle cone. Flavors change weekly, so check back for new additions. Doyon also dishes up non-dairy sherbets. And on cooler days stop by for Dunkin Donut’s brand coffee.
Going forward Mia would like to see a steady number of summers with similar, if not more, customers.  So far, small changes have helped Mia’s Gelateria make a foothold in the competitive frozen delight market, such as being open during the 4th of July parade.
The shop is open daily from 12 to 10 p.m. and is located just below the front porch of the National Hotel.  Mia’s Gelateria is cash only. Stop by for a sample and you may be ordering a cup!