Surfing is an obsession 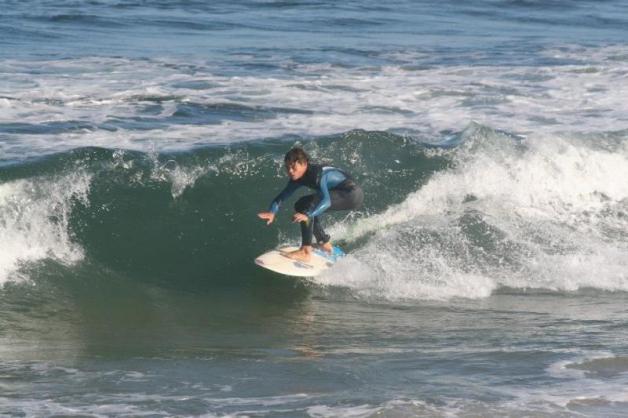 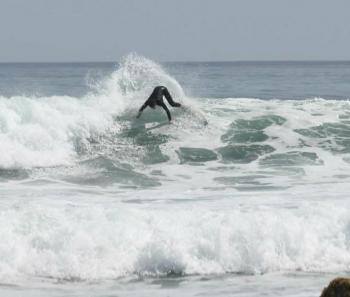 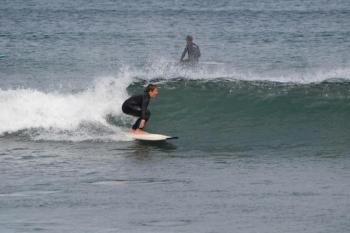 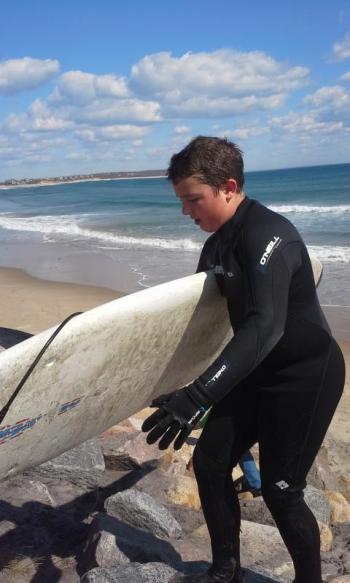 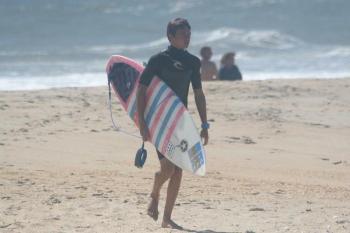 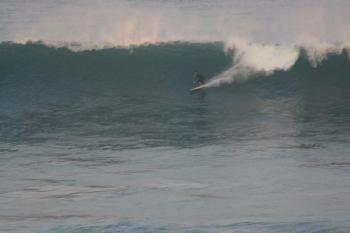 Surfing is a sport enjoyed by people in all walks off life at all times of the year in a variety of conditions. If you’ve had the fortunate experience of catching a wave, you’ll understand the true meaning of being at one with nature.

“Surfing is the source,” said 15-year old Block Islander Gavin Smith. “It's like the mob, once you're in, you can't get out.”

Gavin Smith is regarded as one of the best young surfers living on Block Island. He has been surfing since he was three years old and was taught by his father, Jeffrey Smith, 51, who is known as a surfing guru on the island.

“I will always remember Gavin’s first wave at age three,” Jeffrey said. “He was hooked from day one. Surfing has taught him so much. On a recent trip out west, we got to share waves together at Rincon. It never gets old. It keeps you going.”

Rincon is a famous surfing spot located north of Los Angeles at the Ventura and Santa Barbara County line in Southern California that is known for its clean, long riding waves. It is referenced by the Beach Boys in their 1962 hit song “Surfin’ Safari.”

Jeffrey’s other son, Jayden, 11, also enjoys surfing. “Jayden loves to surf and paddle surf with his friends,” said Jeffrey. “He surfs for the fun of it.”

“When I started surfing again I really did not want to go, and my dad and brother really wanted me to go, and pushed me, and in the end it was a lot of fun,” said Jayden Smith.

The feeling is undescribable

If you ask most surfers why they are drawn to the sport, they will likely tell you that surfing is an obsession. The pleasurable feeling one has while riding a wave is indescribable, leading to the long paddle back out to the lineup to repeatedly ride more waves.

“The adrenaline rush that goes through your body when you are surfing is what I enjoy most,” said Jayden.

“It’s that moment when you pop up and go to the left and have that feeling of riding the wave,” said 11-year old goofy footer James Arnott, whose surfing idol is Jeffrey Smith.

A goofy footer is a surfer whose left foot is planted on the trail end of their surfboard while riding a wave. If your right foot is behind your left while you're surfing, you are considered a regular foot.

“I like seeing the waves get bigger and bigger and build,” said 11-year old Nicolas Phillips, whose favorite surfer is Gavin Smith. Nicolas’s best experience surfing was when he was nine years old. “It felt like it was a 12-foot wave and I caught it and went down the line,” he said.

Lots of places to surf on Block Island

There is an assortment of beaches and breaks on Block Island that provide surfers with myriad choices to feed their passion. And just as much as these local surfers enjoy surfing their favororite spots on the island, you can bet that they might not want to tell you where they are located.

Jeffrey Smith says that he enjoys surfing Bean Point, while son Gavin favors a break called North Rip. Although these may be the spots that the Smiths enjoy frequenting, you can rest assured that they probably have some secret breaks that they are not willing to discuss with anyone.

“I love surfing amongst castles in Ireland,” said Jeffrey. “Catching a wave off an atoll in the Indian Ocean. Then coming home to Block Island to surf with my buddies.”

Jeffrey said that he can tell that the surf is up when ‘nobody is working.”

His and Gavin’s favorite time to surf on Block Island is during hurricane season, which spans July through October, when the swells can get fairly sizeable. The younger surfers interviewed for this article admitted that their preference is surfing in the fall.

“I like surfing in the fall because the water is not that cold and the waves are nice,” said James, who enjoys surfing at Beachead.

“I enjoy surfing in the fall,” said Nicolas.

Paddling most of the time

During a surfing session, surfers can spend a majority of their time paddling around to get into position to catch a wave. And when they’re not paddling, they’re sitting on their surfboards scanning the ocean for the next wave they would like to ride. That’s why there is a feeling among surfers of being at one, or in harmony, with nature.

From my recollection of surfing some years ago, I remember a communal feeling about the sport. When I worked as a lifeguard at Horseneck Beach in Westport, Massachusetts in my 20’s, I used to go surfing with some of my friends and fellow lifeguards. While sitting out in the lineup, side-by-side with my buddies, during a lull between sets of waves, experiences and stories are shared.

The smell of fresh wax

I also remember the smell of the surf wax that I applied to my surfboard, slipping into my wetsuit while gazing out at the swells, sitting in the lineup admiring the ocean and catching the spray from my friend who had just taken off and dropped in on a juicy wave. The experiences and sensory recollections of surfing are treasured and particular for each individual.

“I love the smell of fresh wax,” said Jeffrey Smith. For non-surfers with little knowledge of the sport, the wax helps your feet maintain a better grip on the surfboard while riding waves.

Like Jeffrey Smith, I enjoyed the smell of my Bubble Gum brand surf wax right after it was removed from its plastic wrapper. And, yes, it smells just like bubble gum.

The art of surfing has come a long way since its humble origins in the ancient Polynesian culture. Hawaiians and eastern Polynesians once rode waves on large solid pieces of wood, but modern surfers ride surfboards consisting of fiberglass emblazoned with fancy, colorful designs and multiple fins, that make those old boards look like antiquated relics.

Nowadays with the technological advancements of surf equipment, just about any decent break around the world is suitable for wave riding. All you need to do is grab your surfboard and head to the beach where you will create a host of memories that will last a lifetime.