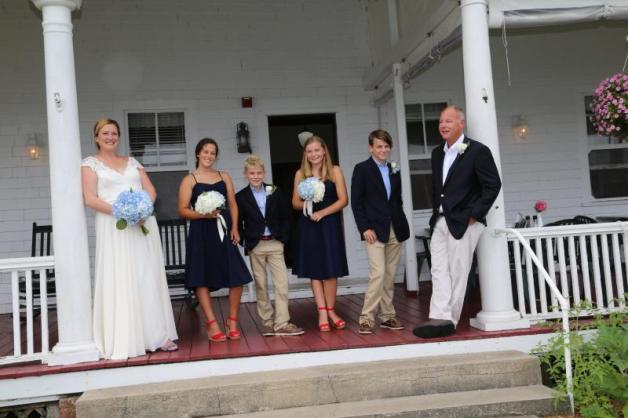 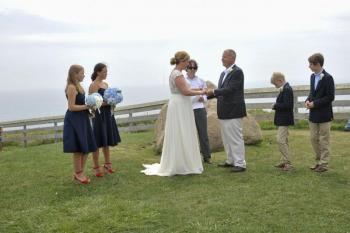 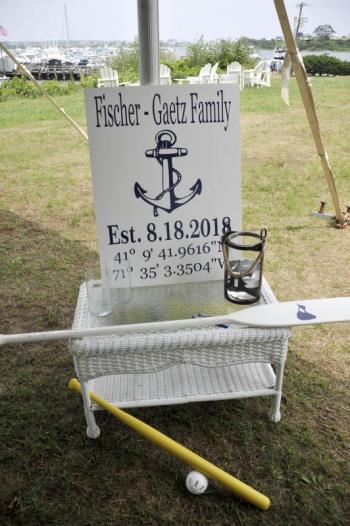 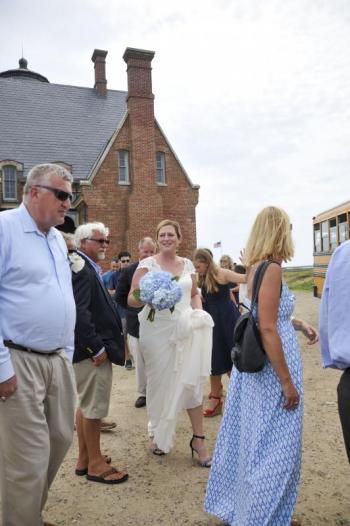 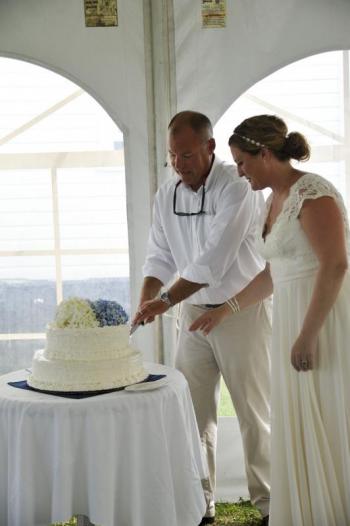 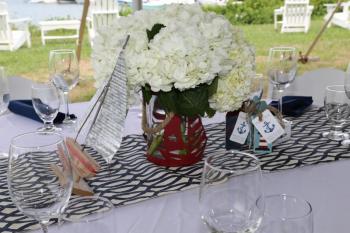 Before the Ring, and Proposal
Tracey and Stephen met online. They met for a drink after speaking a few times on the phone and spent hours talking and getting to know each other. Stephen proposed to Tracey on the beach in the Outer Banks in North Carolina on a morning walk.

Block Island Because......
Block Island has always been this family’s special place. Both avid sailors, the first place Tracey and Stephen ever sailed to, on the first sailboat that they owned together, was to Block Island. The pair wanted to share a place they have come to know and love with family and friends.

Wedding Day
Tracey and Stephen rented the island school bus to collect guests at the ferry the morning of the ceremony, and transport them to the Southeast lighthouse. A good friend officiated the ceremony and Tracey and Stephen wanted their children (from first marriages) to stand with them, making a statement that this was not just Stephen and Tracey’s wedding — but the wedding of the Fischer-Gaetz family. While the ceremony took place, tourists speckled the background and spontaneous applause erupted from the crowd after the “kiss the bride” moment. The reception was at the Narragansett Inn, on the lawn facing the Great Salt Pond, under a tent. The comfortable weather, beautiful view, and classic New England ambiance of the inn made for an unforgettable afternoon.

Wedding Weekend
To kick things off, friends held a cocktail party for the couple on their sailboat anchored in the Great Salt Pond. The evening before the wedding, Tracey, Stephen and their children Abby (16), Alex (14), Gigi (12) and Wally (10) had dinner at The National Hotel, outside on the porch. After the reception, the new family walked out to the North Light and enjoyed seeing the harbor seals, and relaxing on the point. The couple spent Sunday afternoon with friends, who had not yet departed, on the lawn of the Narragansett Inn, enjoying the view.

Top 3 pieces of advice for having an island wedding:
1. Relax and don’t be in a rush.
2. Plan your menu around what Block Island has to offer locally.
3. Give guests plenty of notice and instructions in getting to, and around, the island.