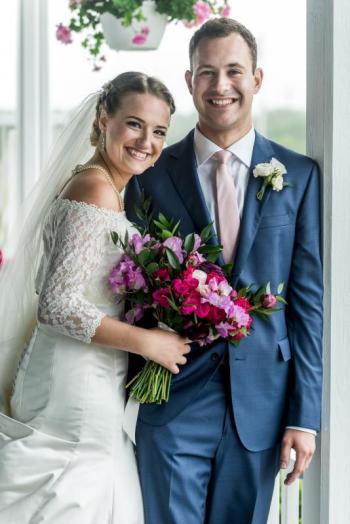 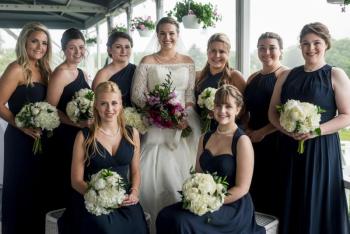 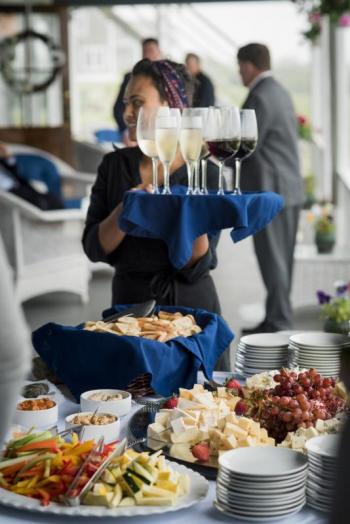 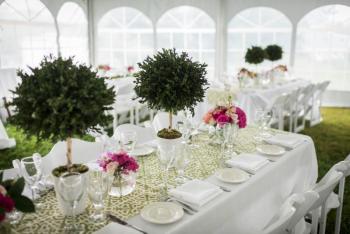 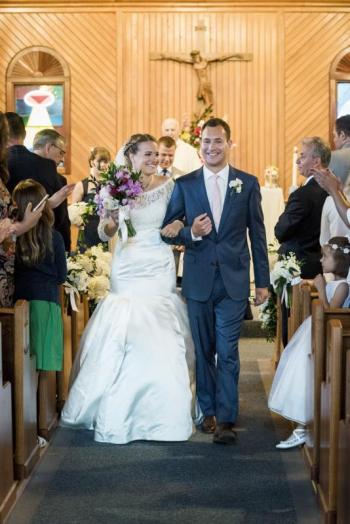 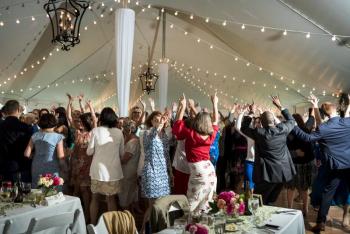 Wedding Day
The ceremony was at St. Andrew’s Church with their own priest from home, a recommendation from the couple to others because it makes the day even more special. With touches of Polish and German cultures throughout the wedding, the groomsmen sang “Sto Lat,” a traditional celebratory song in Polish. Highlights for the couple included finally being able to say “I Do!” and for Victoria, having her father walk her down the aisle to Sebastian.

Wedding Weekend
In every hotel, the couple provided welcome bags filled with sunscreen, maps of the island, and a written, detailed itinerary. It included places to eat, drink, island advice for the beach goer, hiker, etc. The rehearsal dinner with close family and friends was held at The Atlantic Inn, and the couple thought it was incredibly romantic and absolutely delicious. After the rehearsal dinner,  a bonfire was held at Ballard’s beach where light snacks and drinks were served. Victoria and Sebastian thought this was one of the best parts of the weekend — all of the guests had the opportunity to connect with each other before the wedding. An elaborate farewell brunch was held at The Atlantic Inn on Sunday.

Top 3 pieces of advice for having an island wedding:
1. Reserve everything two years in advance, if you can. The sooner you make all of your reservations, the better.
2 Keep in contact with your vendors throughout the year.
3. Don’t be alarmed when it takes island vendors a while to contact you back; they really do work on island time.