The Wedding of our Dreams 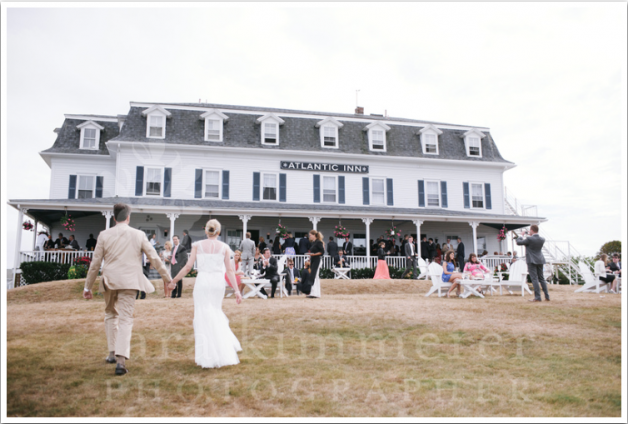 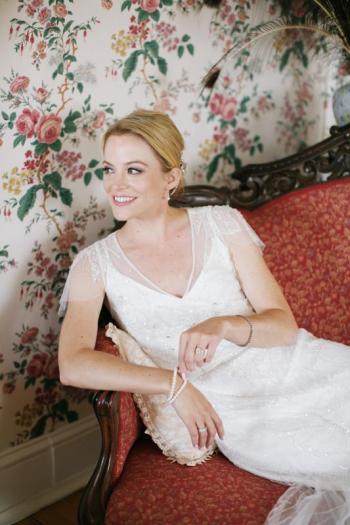 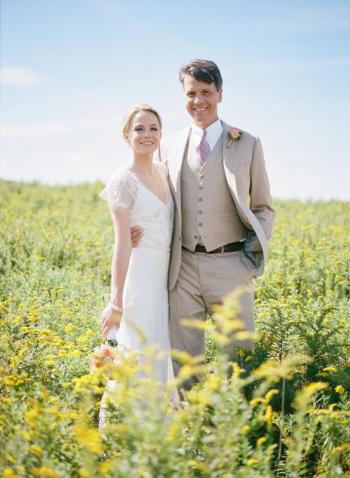 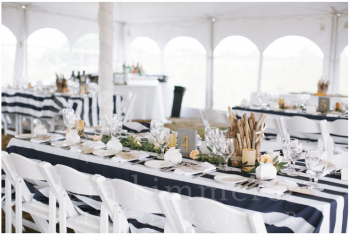 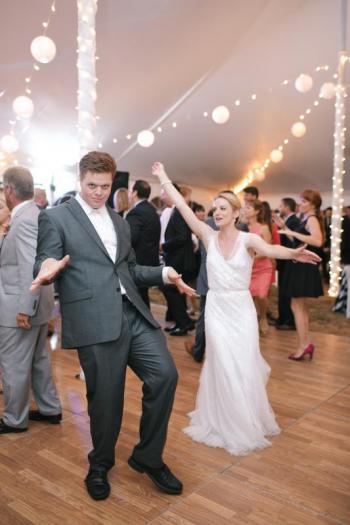 Ignoring the fact that the couple at the table next to them seemed to be breaking up, Michael Kennedy, 36, popped the question to Erin Broughton, 31, at a favorite restaurant in the west village. She said yes and on September 13 the two, along with 100 close friends, tied the knot at the Atlantic Inn.

“Michael’s family has vacationed on Block Island every summer for the last 20 years,” says Erin. “I joined the adventure when we started dating about 6 years ago. The island became so ‘us’ over those years. My family is all from California, so the chances that they’d ever visit Block Island on their own were slim. We thought it would be so fun and unique to have a mini destination wedding. And it was.”

Erin and her mom spent the week leading up to the wedding together on the island and, in addition to getting all the details squared away, says Erin, it was “a special time for my mom and I to spend together, one I will cherish forever.”

The weather gods smiled on this couple. Rain was forecast for the morning, so they were sure their outdoor ceremony would have to move to the tent. But the rain held off and, says Erin, “we had a perfect morning of pictures and an even more gorgeous wedding ceremony and cocktail hour. Then, when all guests had been seated for dinner and were enjoying their appetizer, the sky opened up and it poured. But the rain actually made everything so cozy — all of the California people loved it for sure. It was also kind of perfect since our first dance song was John Hiatt’s ‘Feels Like Rain.”’

They credit the Atlantic Inn, its owners Brad and Anne Marthens and staff for throwing what they describe as the wedding of their dreams.

“Brad Marthens is the man. He covered all details – even ones I hadn’t thought of. I am so impressed and thankful for him running the show because everything was perfect. At our after-party, one guest was telling someone she was jonesing for a slice of pizza. Not more than 15 seconds after she said that, servers came out of the kitchen with an array of mini-sandwiches, pizzas, and pastries for the guests. She was blown away, saying, ‘What is this magical place?’”

1. Have a beach bonfire for at least one of your events. We did ours as our welcome/rehearsal dinner for all guests. It was a really fun and casual way for everyone to kick off the weekend and get to know each other.

2. Take your formal photos before the ceremony and give your photographer at least two hours of photo time for just the bride and groom. The island is so beautiful and you’ll want to get at least two locations in to take advantage of the beauty. Being around all the beauty and having that quiet time in the car also relaxed us and made us feel ready for the ceremony to start. And getting formal photos done before the wedding allows you to attend (and enjoy) your cocktail hour!

3. Have an after-party following the reception and surprise your guests with late night snacks – the island shuts down by 10 and you will be their hero if you feed them again before bed.

4. Designate someone to film the toasts at the reception. We opted not to have a videographer but would have loved to at least have the toasts recorded on a smartphone.

5. Hire a shuttle from the train to the ferry. Having a professional company, Rock Star Limo, chauffeur our guests from the train station gave us peace of mind that everyone was getting to the ferry. We even had a few people miss their train but they were able to contact the driver (rather than the bride) to reschedule.

Everybody is still talking about…

... brunch at the Atlantic Inn on Sunday morning. The food was so delicious and it was really fun to see everyone again and reminisce about the wedding day.