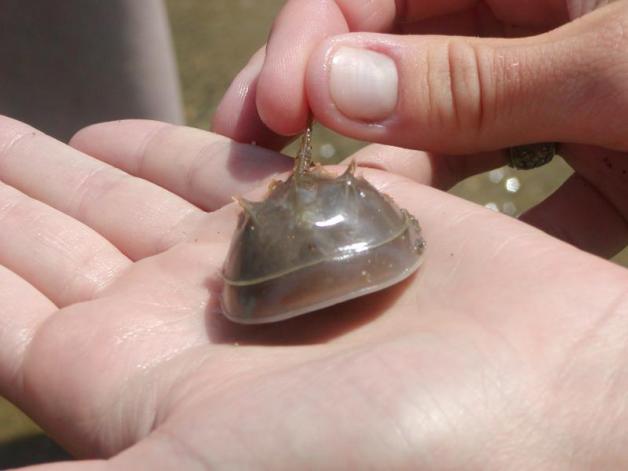 Live juvenile horseshoe crab in the process of molting. Photo by Kim Gaffett. 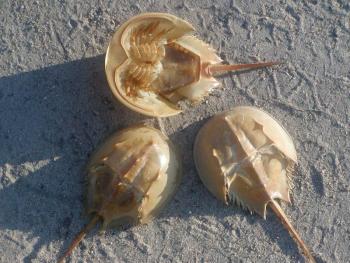 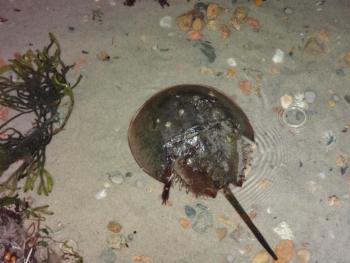 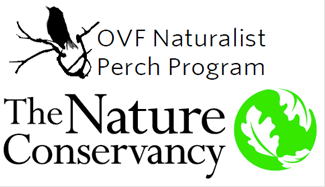 “Probably because the horseshoe crabs have been around for so long, they are very tightly woven into their environment. Aside from playing a key role in the survival of a number of migratory shorebird species that consume their eggs to fuel their flights north, horseshoe crabs are themselves environments. … blue mussels, barnacles, sea strawberries, seal lettuce, red beard sponges, eastern oyster, northern rock barnacles, skeleton shrimps, sand builder worms, bushy bugulas, hard tube worms, flat worms, oyster drill eggs and … all make the carapace of Limulus polyphemus their home!” – Project Limulus web site

Horseshoe crabs are amazing critters, and they are survivors. They have been on this earth for more than 300 million years. They have survived five mass extinctions. They existed on this planet before land plants, mammals, birds and reptiles, and before the continental plates spread across the globe to their current configuration. Their blood uses copper (not iron) to circulate oxygen. They have a super immune system based on an important ameobocyte (Limulus Amebocyte Lysate/LAL), which may contribute to their longevity, and is of huge importance to human medical advancement. And, as the quote above indicates, they are a critical part of the lifecycle of many other species.

A “fun day at the beach” is a day spent with someone knowledgeable about horseshoe crabs. Their mating aggregations are a marvel to behold. Their lumbering perambulations are fascinating to observe. Their ability to lever themselves upright, using their telson (tail), is astonishing to witness. So much can be learned about form and function by a careful examination of a horseshoe crab and all its appendages.

This column could trail on for pages with simple bulleted sentences about the wondrous and quirky qualities of the horseshoe crab’s physical, and life history, attributes. However, let’s consider one important fact. Each year, thousands of “baby” horseshoe crab shells can be found around the perimeter of the New Harbor (a.k.a. Great Salt Pond) – those are not dead crabs, they are molted shells. The prevalence of molted shells is evidence of a growing, healthy, living horseshoe crab population. As a horseshoe crab grows, its hard exoskeleton gets too small, so the animal must split its shell along the seam connecting the upper and lower carapace (shell), and simply crawl away with its rubbery new shell, thus leaving the old shell on the beach. The molt is left behind, and is instantly several sizes too small for the growing animal. The new soft shell is pumped up with water and stretched, so that when it is hardened and the excess water expelled, the animal has room to grow into its new exoskeleton. Simply Amazing!

To learn a lot more about horseshoe crabs, like: why they are not really crabs, what is the difference between king crabs and horseshoe crabs, how often do they molt, how long do they live, how to tell the difference between males and females, how many eyes do they have, lots of other astonishing facts, and maybe even see one molting, join one of The Nature Conservancy’s many horseshoe crab programs in June. (See schedule and times in weekly The Block Island Times.)